How Getting A Second Opinion Saved My Life!!

Being diagnosed with breast cancer is a game-changer no matter what age or who you are. It’s like having two mins left on the clock at a basketball game and your team is at a two-point lead and the other team just scored a three-pointer. There you are just winning at life then boom, it knocks you off your feet and sets you on a different path than you had planned. At that moment you have a choice and for every one of us, it’s different. Some choose to be bitter, angry, scared, and even calm. There are so many emotions that come with the initial shock of such a life-changing event but once you gather all your emotions and stand up from the blow that knocked you flat on your ass you then have to deal with all these new things.

One of those things is the new friends that you gain and those friends are the doctors. Don’t worry if your phone never rang before, trust me you will be the most popular girl (or boy) in town. Every time I turned around it was a new person calling me to schedule this or that appointment. After the news had been told to me and I finally had a chance to gather my thoughts and with no delay, I had been handed over to a new team of superheroes, who were going to help me fight against cancer. I was dragged in so many directions and by the doctors and had to think about some really heavy shit, so the first thing I suggest to anyone going through this is that you pray and then go get a medical marijuana card because you are going to need some good stuff to calm down those nerves before you jump on the roller coaster ride that is cancer.

By the time I had found my treatment plan I had been stretched in so many directions by the team that I felt like I had been on a tilt a world, dizzy and ready to throw up from the nauseous feelings. It took me a while to begin treatment. I had decided to go with my second opinion because the first place that I went to didn’t quite feel right in my spirit. I didn’t feel seen and I felt like a number. The very first visit with my new doctor was a completely different experience than the one I had with my original doctor. The moment that she told me that I was going live I knew she was the one. She said that we caught it early, she was hopeful, and that she wanted to help me live a very long life and that was everything I needed to hear at that moment. My new doctor was thorough, calm, and had a very similar personality as myself, and damn it she was positive even though she worked around cancer as her day job.

My original doctor experience was horrible. I felt scared the entire time and it was very unorganized. The doctor brought in a teaching student with her which had felt was very impersonal given the fact that I was just learning about everything about my diagnosis at that appointment. All I heard was that it was aggressive, we don’t want to operate because we don’t want anything to get out and that I was diagnosed with a very rare type of breast cancer. The doctor tried to reassure me that she was the right choice because she had 30 + years of experience and that she held on to her patients like she would hold on to her dogs. Yo, I never want to be compared to a dog especially in my situation. I remember having to ask my doctor what stage I was at in my diagnosis almost before I was leaving the office and that was not a good impression for me.

At that moment I was terrified and was looking up the other hospital on my mobile phone because something didn’t feel quite right about this entire situation. I ended up going to get a second opinion. You would think it is easy to transfer medical records but because I had my original biopsy at another facility the new place had to go off what the pathology report said and it stated that I had been diagnosed with metaplastic breast cancer. This is a rare type of breast cancer that is sometimes unresponsive to chemo. My new doctor and team that I went with decided that it was best to do surgery first and because the size of my tumor was the size of a golfball it was best to do a Mastectomy, and then have reconstruction.

I found all this out on my birthday so I was shocked because I had two different opinions and two different treatment plans. My original doctor said that I would do chemo first so I was a nervous wreck. I agreed with my new doctor and booked the surgery. Although I had booked the surgery I was told that they still wanted to look at all the slides from the other facility before making a final decision and since it was around the holidays it took a while to get all the medical slides. Once they received all the slides their pathology team did not believe that I had metaplastic breast cancer so this was a switch up to the original plan. A few days before my surgery the entire pathology team at the facility reviewed my slides and it was decided that I did not have the rare type and that I would move forward with chemotherapy first, then surgery.
I felt like I was getting hit from all sides with one minute having to go in this direction and the next in another and oh yeah this isn’t something small like the pink eye, it’s my life so I was an emotional wreck. I had committed to daily prayer and I decided to trust God I knew that I was making the right decision. I decided to move forward with chemo first and to go with my second opinion because even though they threw me for a few loops I at least knew they were being thorough.

My advice to anyone going through anything major from a medical perspective is to always get a second opinion. It may seem like a lot of work but you could have two different opinions. If I never would have gone to my second opinion I wouldn’t have had a team that was thorough and looked at all of the details. I would have thought for 6 months that I had metaplastic breast cancer and that would probably change how I felt mentally and my ability to feel uplifted. It’s also important that your medical team has a really good bedside manner. No one wants to feel like a number when they have a cancer diagnosis. My current doctor treated me like I was her sister and in fact, she said that several times as I was trying to figure out what direction I wanted to move in. It’s important to feel comfortable with your team. Of course depending on where you live your options might be limited but even if you have to travel I would highly recommend it. I hope that my story will continue to help others.

I'm A Survivor...in the Making

ADVOCACY: USING MY VOICE TO SAVE LIVES!!! 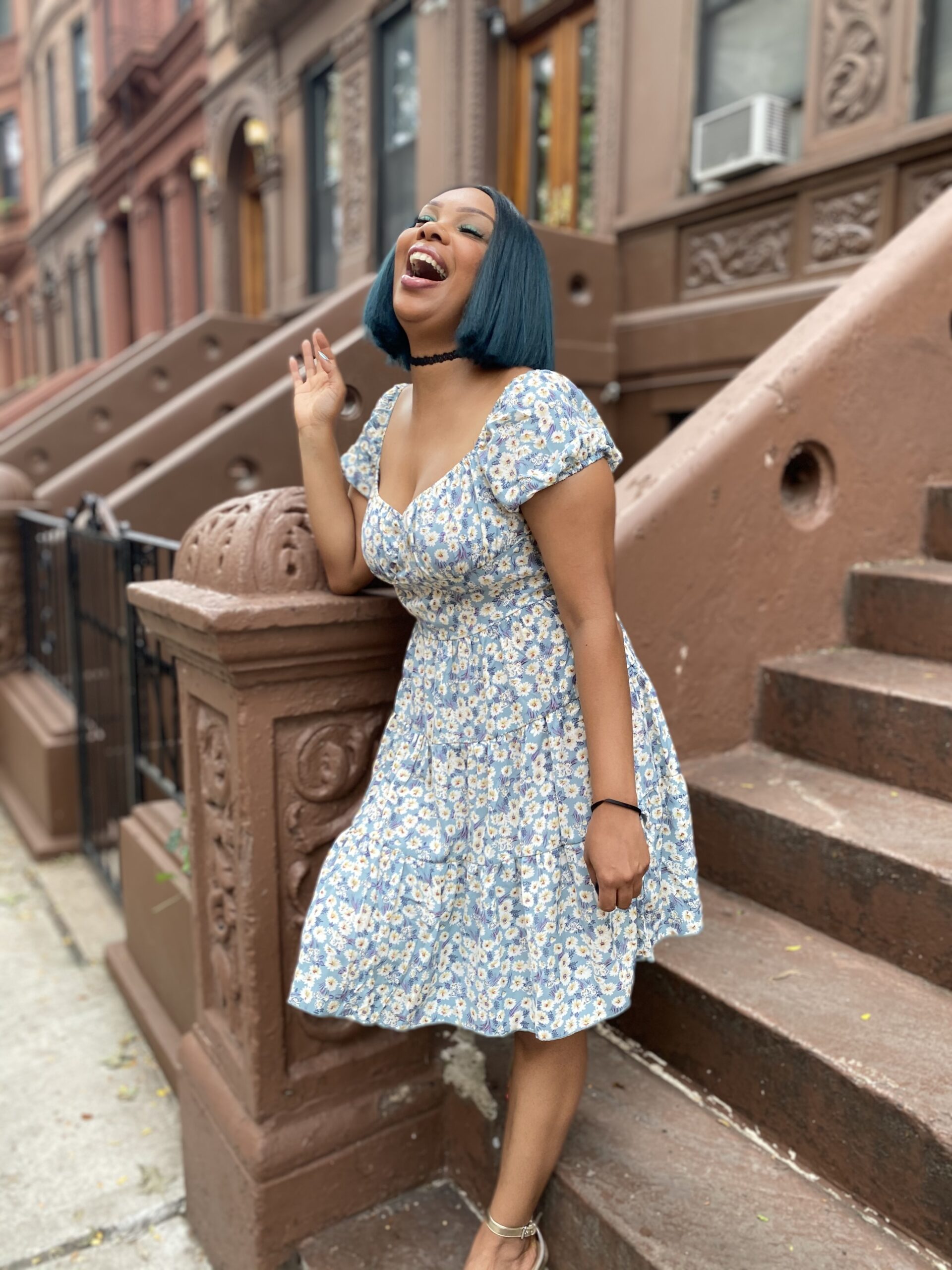 The Life of Sen

Thriving through this thing called life with some grace and style!!

How I Decided to Go from Surviving to Thriving!!

This error message is only visible to WordPress admins

Please go to the Instagram Feed settings page to create a feed.